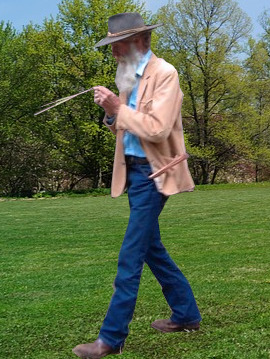 We have created this page as a guide to getting started with dowsing. You can use this ancient practice to identify and alleviate areas of negative earth energy, which can interfere with many aspects of your life, including your health, personal and business relationships, and finances (to name a few).

First, what is dowsing?

Dowsing, a common practice in many cultures, is an art that dates back thousands of years.
It interfaces the earth’s energies with our own energy, and can be thought of as our intuition communicating with us through the dowsing tools. It’s as simple as asking a clear question with a clear intention, and watching the dowsing instrument for an answer. It is fairly common in the U.S. to use a dowser to locate water or other underground lines, as well as oil. However, it is less-common knowledge that people actually use this ancient art in different ways.

To understand dowsing, you must understand the history of humans’ relationship with the earth’s energies.

They also knew how to detect areas of negative energies, which we now refer to as Geopathic Stress Zones (these can be man-made, like interference zones, or naturally occurring such as negative vortexes, which are harmful to many living things, including humans). Often, these areas were near, around and above earthquake faults, fissures, underground streams, natural gases, and underground mineral deposits. (If you want to see visible indicators of Geopathic Stress Zones in your environment, look for trees that don’t grow straight, for cracks in the pavement or house walls, and for anthills since ants tend to gather over the zones.)

A century ago, thanks to small, mobile populations and abundant land, people could easily avoid Geopathic Stress Zones and the Hartmann Grid (a man-made energy grid that occurs where there are many sources of electricity and is harmful to living things, also known as the Hartmann Net or Lines). However, during the past 100 years, these negative areas have increased exponentially. This may be due to the electrification of the world, in addition to other man-made developments including landfills, gas lines, cell phone towers, smart meters, power plants, and much more. All of these are linked to naturally-occurring energy lines, grids and fields.

Geopathic Stress (GS) is when the Earth’s electromagnetic field becomes distorted. This distortion causes stress within our bodies because of the magnetic energy produced from these irregularities.

Geopathic comes from two Greek words: geo means ‘of the earth’, and pathos means ‘suffering’ or ‘disease’. The word ‘geopathic’ literally means suffering or disease of the earth. Geopathic stress (GS) is the general term for energies emanating from the earth that cause discomfort and ill health in human beings. Because of their detrimental effect, they are often known as negative earth energies.
Geopathic by itself, is relating to the theory that natural irregularities in the earth’s magnetic field can be intensified by power lines, underground pipelines, and other natural and man-made features such that a stress field harmful to human health and well-being is created.

The Hartmann Grid was discovered by and named for a German medical doctor, Ernst Hartmann. It is believed to be a result of the electrification of the world and encompasses the earth in a net-like pattern flowing from south to north and west to east. Some pure areas, sacred sites, or very remote areas have no Hartmann Grid, and some have the grid as close as every one to two feet. There appears to be a neutral area between the lines, but the intersection of the lines is believed to be the most harmful place. The centerline is one inch, the Zone of Influence is between 8 – 12 inches, and the grid can reach heights of up to 600 feet.

Initially, a person must identify the areas where the most stress occurs and the presence of Geopathic Stress in specific areas. Once done, several techniques can be used to reduce the stress.

The easiest methods of reducing Geopathic Stress are through the use of energy tools that identify and re-channel the stress as well as organizing objects and your personal life to avoid the stress areas. It is also suggested you reduce your electromagnetic pollution in your home or workplace. Feng shui can play a positive role as can healers, energy workers and health practitioners.

So how does dowsing tie into all of that? 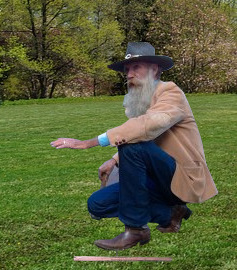 It was Slim Spurling’s genius to find an effective and inexpensive way to use dowsing to detect and block toxic energies caused by Geopathic Stress Zones and the Hartmann Grid. His techniques can be applied to eliminate health problems like stress, chronic pain, chronic fatigue, and others, as well as other problems such as unstable relationships, dire financial situations, failing business, and much more.

If you’re interested in learning more about dowsing, we suggest you begin with:

Slim Spurling’s Geobiology and Dowsing DVD, to provide you with the basics and purchase several pairs of dowsing rods to get started right away.

Attending one of our workshops led by Slim Spurling’s wife, Katharina Spurling-Kaffl, who is continuing his legacy by teaching about the life-changing effects of dowsing and the applications of the Light-Life® Tools. These workshops are offered in various locations throughout the year.

Once you have identified the Geopathic Stress Zones and the Hartmann Grid you can also use some of the Light-Life Tools to remedy the issues while bringing harmony and healing to yourself and others, the earth, and to animals and plants.

Please note: If you are interested in learning to dowse and would like to sponsor a workshop in your area, please contact our office at (303) 833.9033 or info@ix-el.com, and we will be happy to send you information.